About his business today, Andy says, "I ask my clients to allow me to be their guide as they try to achieve their financial goals. My "Strategic Wealth Management" process was designed to help them face the financial challenges of educating children, reducing taxes, arranging a comfortable retirement and developing an estate plan that preserves what they have achieved for future generations."

Andy graduated from the University of South Carolina with a bachelor's degree in physics. He went on to achieve a master's degree in mass communications with a 3.8 GPA at the same school. From 1974 to 1978, Andy served as a commissioned officer in the United States Navy. In 1979, he was selected a Public Affairs Officer in the United States Naval Reserve and retired in 1995.

Among his many honors and awards, Andy is a Five Star Professional multiple year award winner.  His leadership was awarded when he was appointed to the National Council of the John Birch Society. He achieved the Marjorie S. Eiseman Community Leadership Award. He has also received the Prudential Securities Community Champions Award for four consecutive years.

Andy is a graduate of Leadership Pittsburgh, a graduate of the FBI Citizens Academy and the Citizen's Police Academy and serves as a Pittsburgh Regional Champion as the city's advocate whenever called upon. He stays active in his local synagogue and is married with six wonderful children and 3 grandchildren. 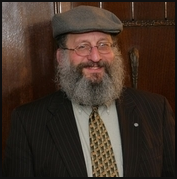